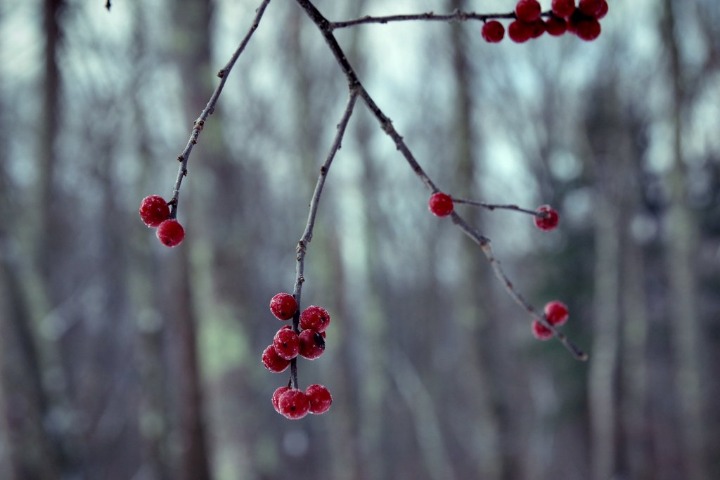 Our winter farmer’s market slows down quite a bit. The gift of this slower pace – and being in closer quarters indoors – is the chance to shoot the breeze with other vendors. There is a lot of sharing and a lot of joking. Once, a lone brussels sprout was tossed from one side of the building to the other during the slower moments. We joked we should sell tickets at the door for crowd control. Someone would always offer a midday coffee run to get us all through. Our regulars would come visit in any weather though, happy to chat and support their much loved little market.

After our very last market of the season, we gathered at the taproom next door to celebrate with food, local beer, and kombucha. I sat looking at the faces of these hard-hard working folks and laughed at their stories with a humbled heart. After a few months of slinging my wares, I had found community. I was sitting at the ultimate cool kid table.

Among these faces, there was a fleeting one. Cooper. A community farm in Vermont has a whole crew of young fresh-faced interns, just kids really. They show up ten minutes before the market starts and in a flurry unload several crates of beautiful bread and the best hummus you’ve ever had. Over the summer, I rarely saw the same face twice…. but without fail, one usually wandered over to my herbal concoctions and I would offer a trade. Bread and hummus for tinctures and soap.

For the second half of our eight-week winter market session, we had Cooper every week. He was just one table away and we had the chance to get to know him. He’s 21 years young, the same age as our oldest daughter. We talked about farming and traveling and finding your way in the world. My kids have taught me two important things about young people. One, shut up and listen. Two, ask questions, but don’t offer advice. I found out Cooper is the youngest of two boys. He’s traveled quite a bit. There was some crazy story about sleeping with only a tarp for shelter in the desert which involved waking up in a pile of sand after a windstorm. He grew up in Maine. He’s attended some really cool folk schools. He has the most lovely spirit that is half old soul and half something else I can’t quite put my finger on – beginner’s mind, adventurer, I can’t quite find the words. He bought some Christmas gifts for his mom at my table while I joked with him about always being the baby, even when he’s 30 someday. He gave the same half-smile, half-laugh I get from my own kids when I say the same thing to them.

On our last day, at the potluck, he talked about his plans for a quick trip home to see his family for the holidays and then hitting the road. Hitchhiking around the country with a group of friends, some instruments, working at farms along the way to make some money.

I told him to look up John Craigie.

Joe asked him if he had a tramp roach.

No one at our table had ever heard of a tramp roach or Utah Phillips. So, of course, the following story ensued. If you’ve never heard Mess With People, by Utah Phillips, it’s truly worth listening to. I’ll share an excerpt, but it’s worth the time to listen to Utah tell it, it is his story after all……

"I carry things around with me to kind of rag people, um, well let's see. God, well, I wouldn't leave home without my cockroach. I always have my roach with me. There's a rubber cockroach; it's a tramp roach, Frying Pan Jack calls that a tramp roach. He gave that to me. He says, "You know, if you're poor, and you haven't got any money, you're out on the street and you're hungry, you, you go into a restaurant with this, and you put it in the bottom of a bowl of soup, and then you eat down to it and say: 'Eccch! What's that?' and you storm out, and you say, 'I'm not gonna pay for that!' and you leave.”

The whole table was laughing at this point, Cooper was loving this story and I was thinking to myself, I think we’re giving this kid advice, and I’m not sure if it’s good!

“You can only use a tramp roach in a real emergency, like if you’re starving!” I say.

“Of course, of course,” he says laughing.

And then it’s time to pack up and part ways. Most of these folks we will see here and there throughout the winter, and regularly once market starts up late next spring. Cooper though? Who knows.

Later on that week I listen to Utah’s song/story. In it, he talks about being near Greenwich and Cambridge. He references Connecticut in the song, but when we shared the story with Cooper, we were sitting in a taproom in Cambridge, NY – just a few minutes from Greenwich, NY. I couldn’t help but wonder if it hadn’t really been us giving advice after all, but instead the spirit of another traveler reaching out to the next generation. That might sound a little woo to some of you, but I do believe stories have somewhat of a soul of their own and find their way to the ears that need them.

To Cooper’s mama, you raised a lovely human. We sure enjoyed his company.

To Cooper, happy travels kid. May the road treat you well.