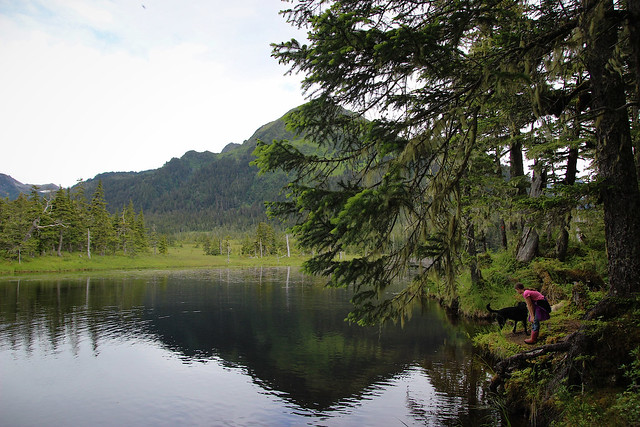 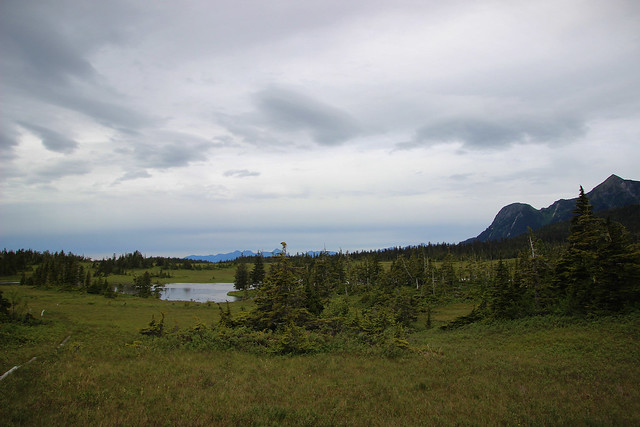 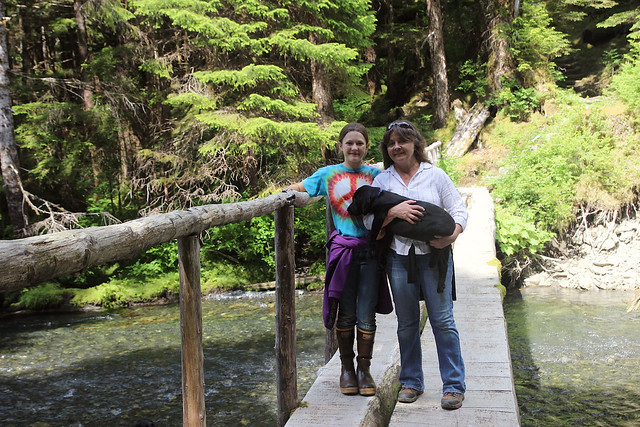 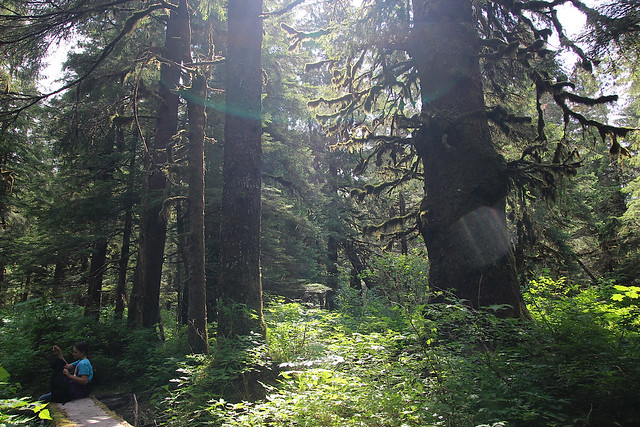 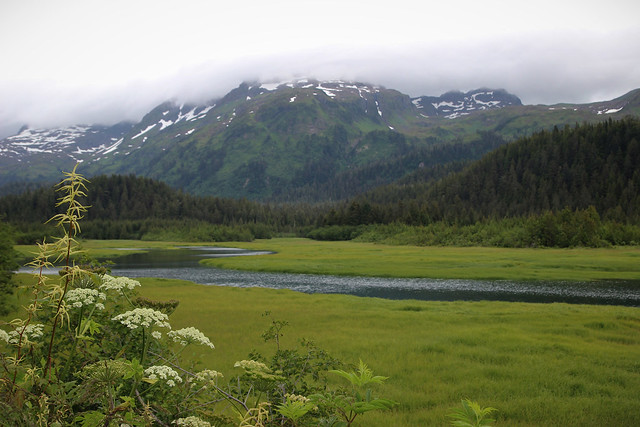 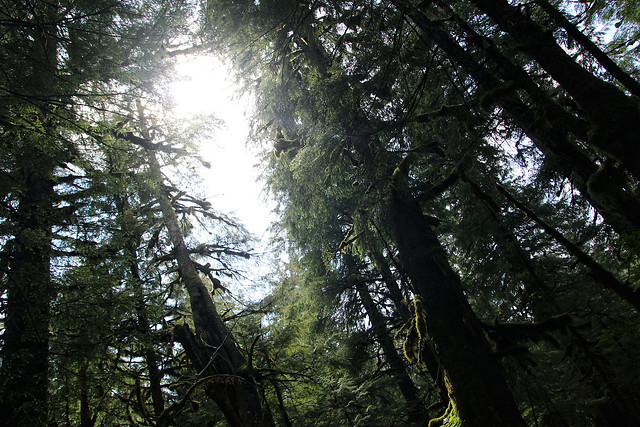 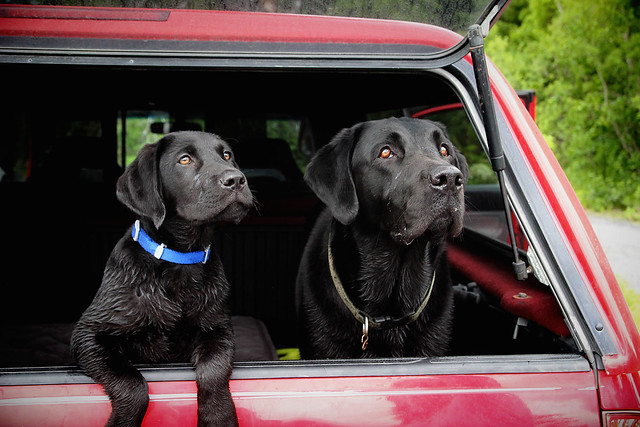 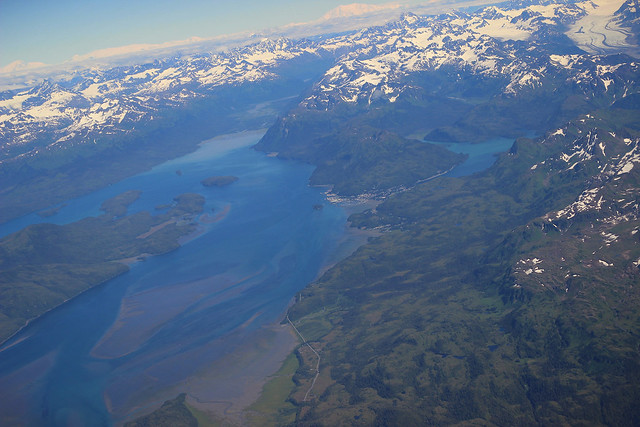 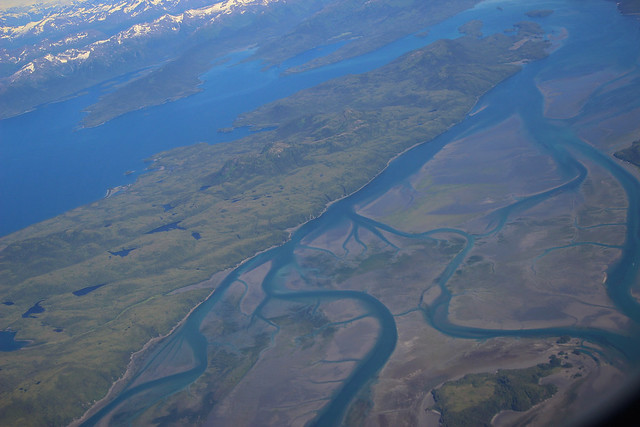 All of these are snapshots taken on our hikes this summer…. with the exception of the last two which were taken from the airplane when we left. (you can see Cordova almost smack in the middle of the second to last photo, now you can see how remote it really is!) I've wanted to take those pictures for years, but it's either cloudy when we leave or we take off in a slightly different direction and miss seeing the town before we go.

It always makes me cry.

This year I was doing so well and then Luke looked at me as the plane was taking off with tears running down his cheeks and said, "I will miss Grandma too much." I hugged him. "I know," I whispered.

Two mornings before we left, he crawled into my lap nearly in tears and told me we had stayed too long and he missed home. And daddy. And all the animals.

This life is tricky. When you move as often as we do, you grasp for place. For a tangible home. It's taken us years to create a feeling of home, rather than a place. It works. But to be honest, it will never be the same as knowing a place, or being known in a place. Just a few summers ago, I realized Cordova filled that for us. It isn't home… but it's the place we know more than any other. We hike the same trails summer after summer. Every one of my kids has worn the orange Grunden rain jacket we bought years ago, and it stays hung at Grandma's as an extra. The first day we're back in town, it takes us over an hour to walk down the tiny main street because we keep bumping into people we've known for almost two decades now. They ask how the new place is, how everyone is, remark on how big the kids have grown. Even though we don't live there, we feel like we belong.

And that's not to paint a perfect picture.

Sometimes the kids don't want to hike and I drag them out anyway. Sometimes a sulky teenager would rather watch cable tv than hang out with family and I have to decide what battles are worth it. There have been dog bites and arguments and friends that drift apart as they grow up. Not to mention the creative fiscal planning my mom & I do to get five or six people from wherever we are at to there. (Companion fares and mileage tickets are lifesavers.) We give up a lot of little extras throughout the year to pull this off.

Last week though, as I sat in the Seattle airport with all four of my children waiting to catch the red eye home to Boston…. I realized something. In a rare moment where no one is tired or crabby, and everyone is fed and happy…. we were all telling stories of this trip and the many before it… and I realized it was beginning to come to an end. One summer at a time the group going up will become smaller. The big kids will be working, or moved out, or (gasp) perhaps even married and just starting out on their own. I hope someday they realize what an amazing gift it was to spend their summers in Alaska…. how lucky they are to call it their place.