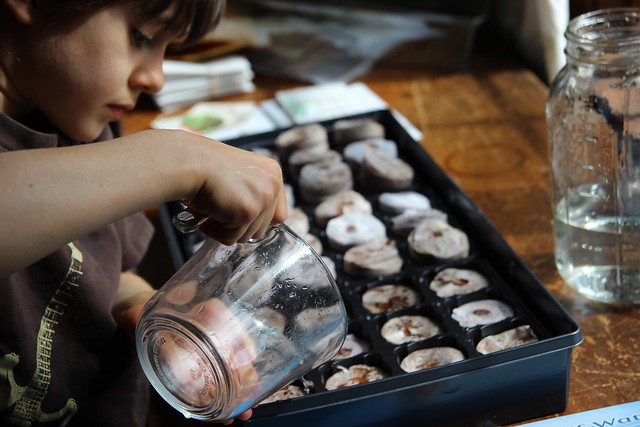 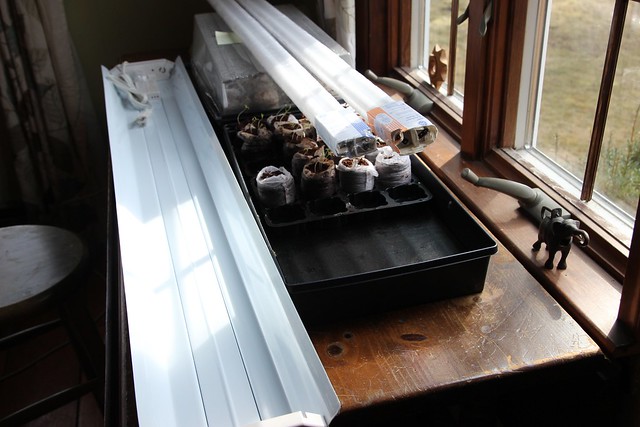 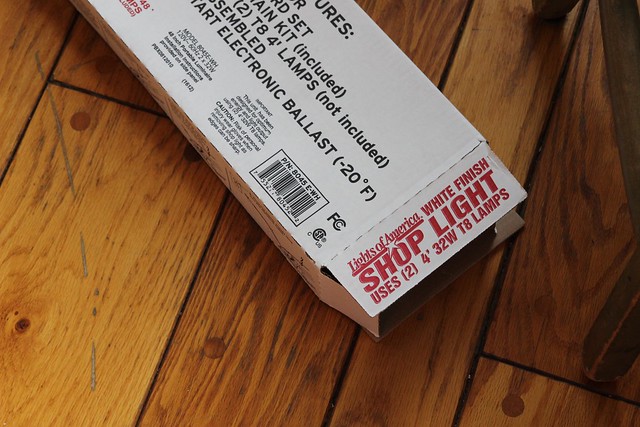 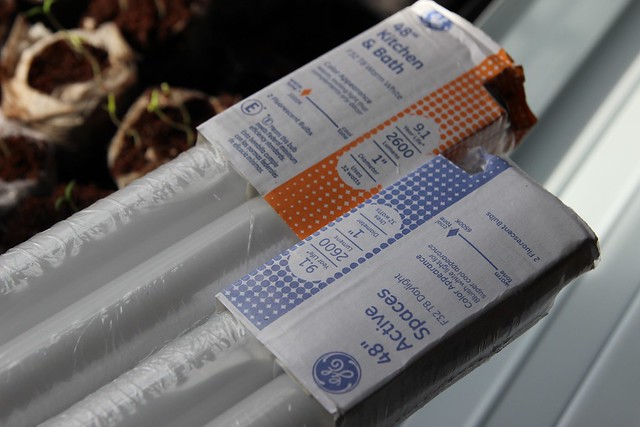 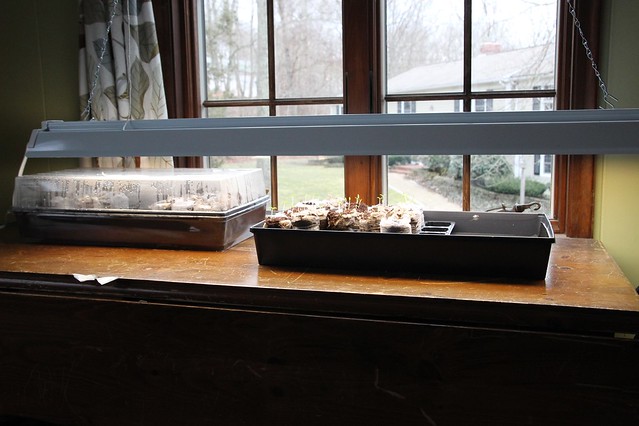 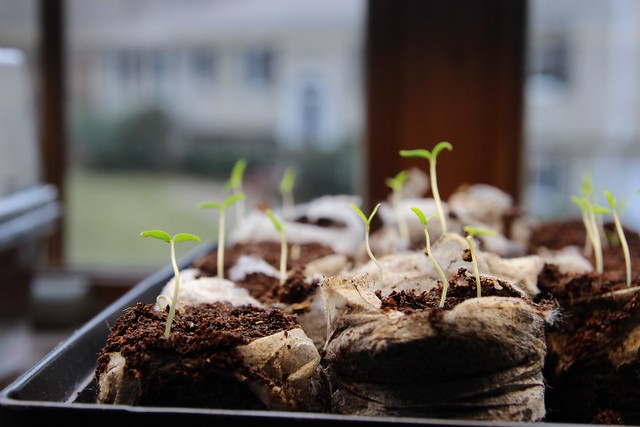 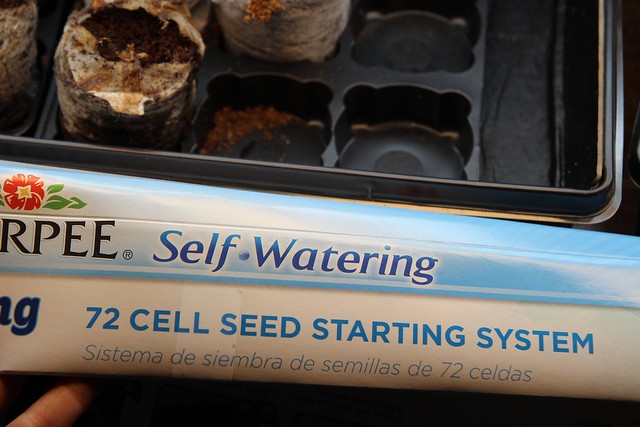 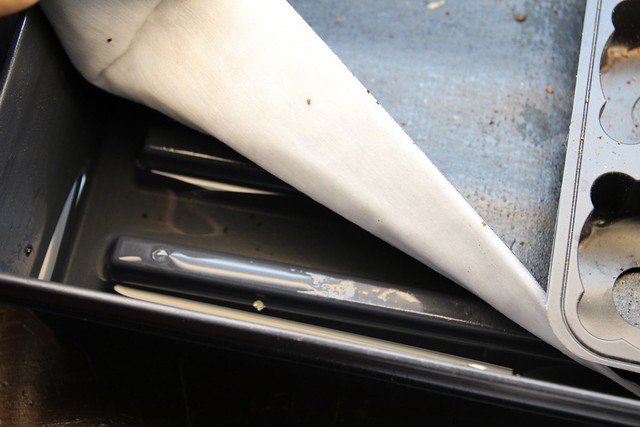 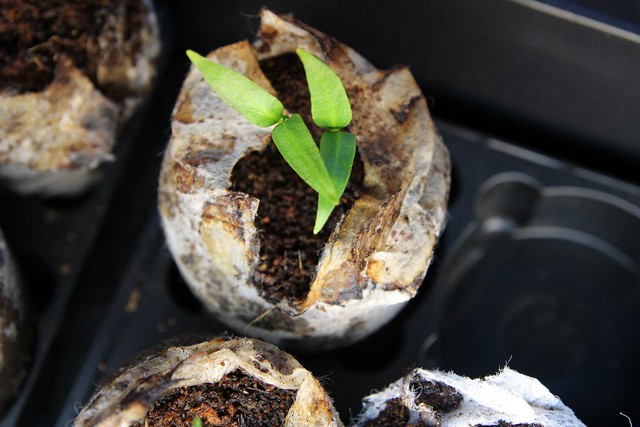 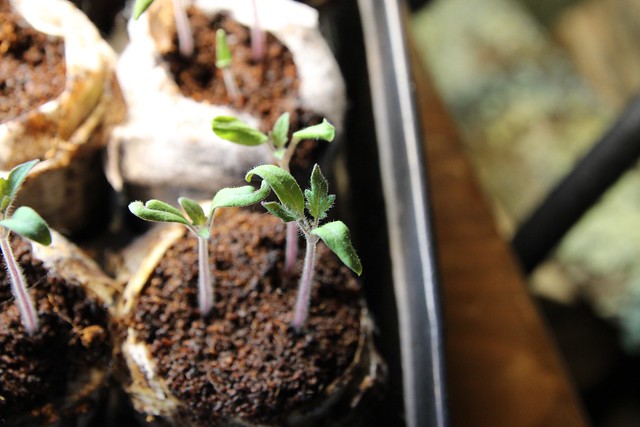 I am very, very good at killing seedlings. I did have a few successful years in Louisiana. Oh that garden was a battle….. but a good one in learning to let go and work with what I had. And things did start to go well as time went by. Except those potatoes, ahem.

Last year I had a lovely pile of seeds in hopes of starting a garden….. but wow. Moving is a lot of work and getting settled is even more work and so I tucked them away (in a cool dry place) for the next spring. And here we are. A year later. I got a little enthusiastic in February. It happens to the best of us. Especially perhaps to a girl who was having her first real winter in four years. The result?

Two varieties of peppers, five varieties of tomatoes, lettuce, more than a dozen herbs, at least a dozen flowers, potatoes, a few winter squash, lots of dark leafy greens, tons of lettuce, cucumbers, melon, beans…. and I'm sure I've left something out….

In the next week or so we'll be putting in three 4×12 foot raised beds out back. Tucked somewhere in between the grape vines and berry bushes. Oh my….

But back to the seeds. This is my most successful year yet. I followed the advice of one of my favorite books. I thought it would be nice to share a few of the successful tips here with you:

Buy an inexpensive shop light that you can raise & lower to be 2-3 inches above your seedlings. The close light keeps them from growing too quickly, aka spindly.

Plug your light into a timer to make sure the seedlings are getting 16 hours of light each day.

Keep them in the warmest spot in the house.

Leave the plastic cover on until they sprout, then take it off.

*these are all from the book*

Use great seeds! (Mine are from this place and this place.)

I splurged on self watering trays from Home Depot. These are the cat's meow. They have channels in them, a water absorbing mat on top, and the seedling in peat pots over that. You simply keep the trough filled and the plants drink what they need through little holes in the top tray, encouraging deep root growth and discouraging that thing where they all keel over at the base. That's so sad when that happens. Next year, I'll just need some little homemade peat starters and I can reuse this system.

The tomatoes all sprouted right up and are getting their second leaves. The peppers took a little more coaxing and a heating pad tucked under the tray for encouragement….. but they're up now! Next is thinning. Oh I hate that part. I think this weekend I'll start some herbs, because as you know, I have a few of those…..

Are any of you starting your garden plans? Tell me what you're growing!